HelpActivating the team contest
Back

The team contest allows members of different entities within your organization to compete in a competition in parallel with the individual competition. Here's how to set it up.

To activate the team contest, first enter the contest settings and check the "Display group ranking" box. On the contest page, a new "Manage Groups" entry appears in the Actions menu. Follow the link to go to the group editing page. 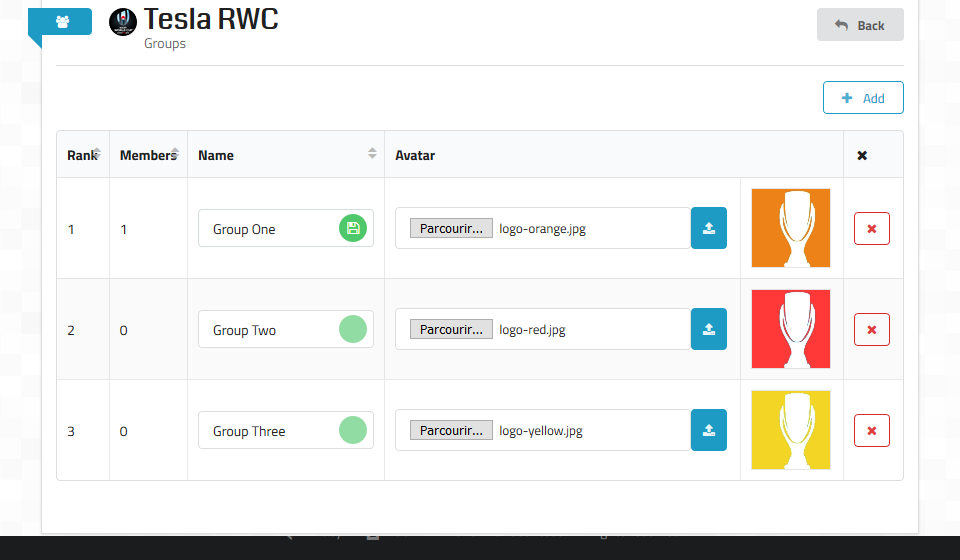 To add new groups, simply click on the "Add" button located at the top right of the table. At each click, a new line is added at the end of the table, allowing you to fill in the information for these newly created groups.

For each group, fill out its name and eventually, associate an avatar with it. Each time, confirm your changes by clicking on the button located on the right of the field concerned. You can create as many groups as you need.

Groups can represent different departments, locations or be fully ad hoc, depending on what is most relevant for your organization.

Back on the contest page, on the "Ranking" tab, the "Groups" sub-tab has appeared and now contains the different groups you have created.

The icon , when clicked, will display the individual statistics of each member of the group, sorted by rank in ascending order.

The ranking of the groups does not depend on the points scale and does not take into account the predictions on the teams, but is calculated from a dedicated algorithm. Since the number of members may vary from one group to another, the criterion is the average success rate of the entire group at each game.

These percentages summarize the overall performance of group members across the competition on all matches. 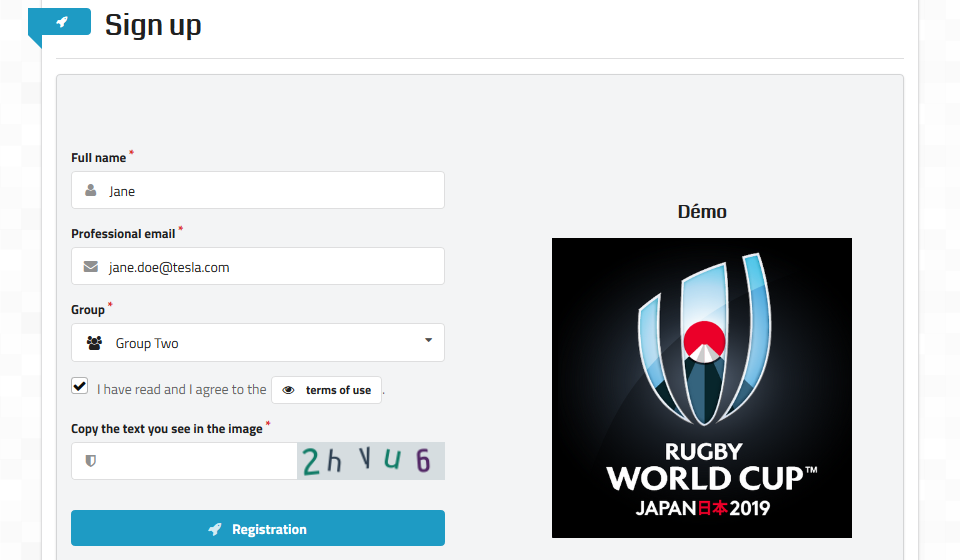 When the team contest is activated, users select the group to which they will be attached when registering. The selection of a group is then mandatory.

If someone makes a mistake, the contest administrator can reassign a user to another group by going to the members management page. The ranking of the groups is then recalculated according to the reallocation.

Did you find this article useful?
4.7 on 23 votes
Setting up the predictions contestListing prizes and generating the rules
Vote added. Thanks!
By continuing your visit to this site, you agree to the posting of cookies on your browser and the use of cookies for audience measurement purposes in order to improve your user experience.
OK